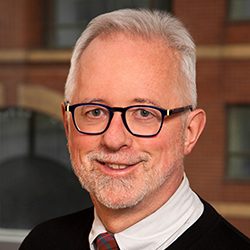 Kenneth Rockwood, MD, FRCPC, FRCP, FCAHS, is Professor of Medicine (Geriatric Medicine & Neurology) and the Kathryn Allen Weldon Professor of Alzheimer Research at Dalhousie University. A leading authority on frailty, he is catalyst, key collaborator or research lead on numerous studies in Canada and elsewhere. Ken received his medical degrees from Memorial University in St. John’s, Newfoundland and holds a Special Certificate in Internal Medicine, and a Certificate of Special Competence in Geriatric Medicine (both from the Royal College of Physicians and Surgeons of Canada). His clinical work chiefly consists in running the Medicine consultation service in the Emergency Department of the Halifax Infirmary, Atlantic Canada’s largest tertiary care hospital, and Memory Clinics there and in Sydney.

Ken has a keen interest in public policy and holds a Master’s degree in Public Administration (Queen’s University, Ontario). He serves as an active member of many national and international committees and advisory boards, including the Lancet Commission on Dementia, and as an inaugural member of Canada’s National Council on Dementia. His scientific leadership roles include being a member of the Scientific Advisory Board of the Chinese National Center for Gerontology, and chairing the Apathy in Dementia Methylphenidate Trial 2 of the US National Institute of Aging. Closer to home, he is the Associate Director of the Canadian Collaboration on Neurodegeneration in Aging, also leading its Quality of Life theme and Knowledge Translation platform.

Ken has published more than 450 peer-reviewed publications and nine books, including the eighth edition of Brocklehurst’s Textbook of Geriatric Medicine & Gerontology. Over his career, he has received numerous awards for research, including lectureships and prizes from the United Kingdom, Ireland, Australia, Italy, Canada, and the United States. In 2016 he received the Government of China Friendship Award for his role in helping to establish new methods of medical care for older adults there. Most recently, facilitating his work with the National Health Service of England and Wales, he has taken up an appointment as Honorary Professor of Population Science and Experimental Medicine in the Institute of Cardiovascular Science, University College London. Ken also founded and serves as the President and Chief Science Officer of DGI Clinical Inc., a university spin-off that focuses on individualized outcome measurement and advanced data analytics in several complex disease states.