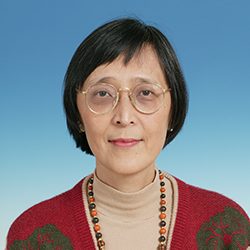 Jean Woo is an Emeritus Professor of Medicine; Henry G Leong Research Professor of Gerontology and Geriatrics; Director, Jockey Club Institute of Aging; Director of the Centre for Nutritional Studies, School of Public Health and Primary Care, The Chinese University of Hong Kong; and Honorary Consultant of the Prince of Wales and Shatin Hospitals, Hospital Authority. She graduated from the University of Cambridge in 1974. After medical posts in the Charing Cross, Hammersmith, and Brompton Hospitals in the UK, she worked in part time posts in general practice as well as research at the University of Hong Kong. She joined the Department of Medicine at the Chinese University of Hong Kong in 1985 as Lecturer responsible for the development of the teaching and service in Geriatric Medicine, becoming Head of the Department in 1993 until 1999, Chief of Service of the Medicine and Geriatric Unit at Shatin Hospital from 1993 to 2012, and Chair Professor of Medicine in 1994. From 2000 to 2006 she was Head of the Department of Community and Family Medicine, from 2001 to 2005 Director of the newly established School of Public Health, and from August 2013 to July 2016 Chairman of the Department of Medicine & Therapeutics. She established the Centre for Nutritional Studies in 1997 using a self financing model to carry out service, education, and research.

Professor Woo, first incumbent of the Henry G Leong Professorship of Gerontology and Geriatrics, is known for her pioneering work in the epidemiology of common chronic diseases affecting the elderly in Hong Kong, the impact of nutrition on health among the adult Hong Kong population and the elderly in institutional settings, the development and evaluation of various modes of service delivery for the elderly, and quality of life issues at the end of life, with over 800 articles in peer-reviewed indexed journals.