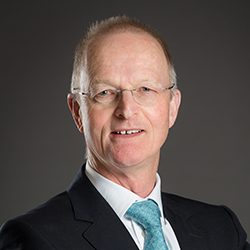 In his role as director of the Newcastle University Centre for Ageing and Vitality, Sir Doug oversees the Centre’s activities, which focus on understanding mechanisms underlying the ageing process and developing interventions which will promote healthy ageing. In addition, the Centre has played a significant role in capacity building in the area of lifelong health. Sir Doug has vast experience in research training for both clinical and basic scientists, including clinical training fellows and dozens of PhD students. Sir Doug has been recognised by the Royal College of Physicians on several occasions: awarded the Goulstonian Lecturer (1992), the Jean Hunter Prize (2003), and the Sims Royal College of Physicians Lecturer (2004). He was awarded a Knighthood in the Queen’s Birthday Honours in 2016.